The fourth episode of the ABC series had the show hitting its full stride, with completely new and expanded story elements and more polished characters.

Carter and Martinez are circling a tall building, the elite Sybaris Residential complex, as Carter recites the opener for his story: a company named Security Systems Inc. provides "electronic walls" and security for a large part of the world. Someone is trying to take over the company, but no one knows who or why.

Suddenly, lights and alarms go off: the chopper has lost power and is going down. As Theora watches in horror, they spin out of control and all but crash land atop the Sybaris tower. Murray is unconcerned, which surprises Theora until he tells her that it's all an elaborate setup to get Carter inside Sybaris to talk to the head of Security Systems. A "convincing performance" was needed from her... and she stalks off in an understandable rage.

Meanwhile, Martinez distracts the Sybaris security guards while Carter sneaks down the roof staircase. To his surprise, he is admitted to Valerie Towne's luxurious apartment. Towne is the current CEO of Security Systems; she appears on a video wall and admits it would have been fruitless to try and evade Carter's attempts to interview her.

The ensuing problem is that Towne is absolutely convincing in her story about the takeover attempt of her company, and a voice stress analyzer shows she is telling the truth. Carter's story is in jeopardy, even though his hunch is that something is still wrong. Security Systems Inc. has too much power and is too tempting a prize for those seeking illicit ends.

Murray isn't convinced there is a worthwhile story in the situation, and gives Carter overnight to come up with enough to keep it going. He calls Valerie Towne in an attempt to get further help from her, but she refuses and hangs up. Then, someone unseen is communicating with Security Systems' A-7 mainframe, calling up files on Edison Carter. A-7 agrees that Carter could be a threat to SS, and offers to "isolate" him...

Carter arrives at his condo tower to find his credit tube inoperable in opening the door. He's been locked out, charged with first degree credit fraud, and is wanted by the Metrocops. He runs. Almost immediately, he is forced to ditch his vidicam - by which he can be tracked - as the Metrocops show up at Network 23, looking for him. Cheviot backs Murray and Theora when they fail to cooperate with the Metros, but is angry that Carter's show will have to be replaced with a rerun, costing them millions.

Theora listens while Bryce explains Security Systems' powerful AI mainframe, A-7, and how difficult it will be to crack. Carter, now a full-fledged fugitive, runs to the only haven he knows... Blank Reg. Reg welcomes him into "the fraternity of the last free men," but Carter doesn't want to be a Blank. He calls Valerie Towne for help, but to no avail - she's been fired as CEO of Security Systems.

Reg directs him to their friend Rik, who might know someone who can crack "ice" as hard as Security Systems's. He can't - any more, as he puts it - but suggests someone who is more on line would have a chance. When Carter asks who is the most on line? Rik pointedly tells him to look in his own back yard.

Carter sneaks back into Network 23 and barely has time to hook up with Murray, Theora and then Bryce... before Bryce notes that Security Systems handles Network 23's security. So now they are all on the run, jammed into Rik's rickshaw and hiding at Big Time Television.

Bryce and Reg confer over the resources and decide to use Big Time's smallest transmitter to try and sneak into SS electronically. The problem is that they have to be very close... so with Murray and Theora running a diversion, they sneak the Big Time bus close to the SS building and tap in.

And tap in they do... Bryce sneaks past the security until he's all the way in to A-7's housekeeping functions. When out of the blue, up pops Max, who apparently tagged along with Bryce's other programs. Being Max, he decides to see where the link wire goes... which is straight into Security Systems's mainframe. At that moment, A-7 detects the intrusion, guards spot the Big Time bus, and they are forced to run for it, leaving Max behind in the SS computer.

As Max makes A-7's acquaintance, the others are plotting how to get back in and both get Max out and get Carter's corrected file back in place. Bryce says that he has access to A-7's housekeeping... including clearances... and in a short time, Bryce and Carter are inside the SS building, looking for a place to access A-7.

Even though they're spotted by two SS technicians, no one thinks anything of it because they both have clearances (and of course the system is right!) Carter and Bryce find themselves face to face with both A-7 and Max, who helps Carter charm A-7 into telling the whole ugly story.

The supposed takeover of SS and the firing of Valerie Towne are all a sham, orchestrated by Towne herself as part of an attempt to take over control of all electronic security, as well as Zik-Zak and Network 23. The story is taped and the secret blown when Towne herself appears, takes charge and has Bryce and Carter thrown in a thermal testing chamber. The story will be that they broke into SS headquarters, wandered where they shouldn't have and "accidentally" froze to death.

Max, still in the SS computer system, sees this and convinces A-7 to help. When Valerie Towne bursts in, A-7 defies her order to erase Max and instead changes Towne's file, sends a complete report on her illegal activities to law enforcement, and frees Carter and Bryce.

The story is out, Security Systems is to be broken up into less powerful pieces, Valerie Towne is under investigation... and A-7 has been removed from service for "extensive reprogramming." As Max put it... what a team!

There is a strange little audio bite in the background noise, right at the beginning, that announces "Edison Carter Show, week four, Security Systems." Obviously, this is not week four of Carter's show; it was week four of "Max Headroom."

Much of the action in this episode takes place in the "Sybaris Residential Complex." We saw this as the "Sybaris condo" where Plantagenet's mother lived (and died) in "Body Banks."

When Carter enters Valerie Towne's apartment, there is a grand piano playng itself. Such auto-play pianos were state of the art at the time of the show.

The notion of powerful security walls and control of data, telecom, etc. is almost a "duh" these days, but it was a more novel and intriguing prospect in the show's era.

Valerie Towne is an intriguing character whose impact may be dulled by the passage of time. She is the CEO of a very large and powerful tech firm - and no one finds this remarkable - yet she is not a caricature "iron bitch" as women corporate leaders are so often portrayed. Nor is she a weepy "fish out of water," as such roles were often played: she has a very charming and human side, yet is every bit a powerful corporate executive. And all this in 1987... fully 12 years before her closest real-world counterpart, Carly Fiorina, became CEO of Hewlett-Packard. Impressive.

(And in an absolutely astounding case of "BBR" [Blindsided By Reality]... as this was being written, it was announced that Carleton "Carly" Fiorina had been named to the board of Cybertrust, one of the largest computer and network security firms in the world. Pardon my while I go goggle in circles.)

The second and last time we see a credit tube in the first season.

This episode is unusual in that the three Network 23 board members (Edwards, Formby and Ashwell) are nowhere to be seen. Although they were always credited as "guest stars" and could be omitted, probably without payment, this is the only first-season episode, and perhaps the only episode overall to omit them. (Cheviot does appear, but George Coe is a regular cast member. He also speaks to Formby on the phone, although we do not hear her.)

Carter's missing show is replaced by - note that it's not a rerun, but a 'special encore performance' - of "Lumpy's Proletariat." This may be the single funniest surreptitious reference in the entire series. (If you don't know the term lumpenproletariat, see this Wikipedia article for the punchline.)

This episode uses the final version of the first-season opening credits, with both score and dialogue.

This episode has undetermined credits in the Zik-Zak montage. 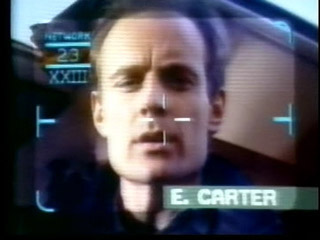 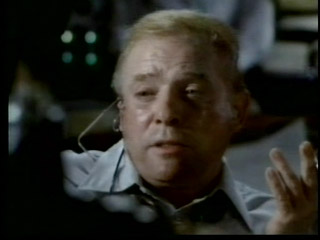 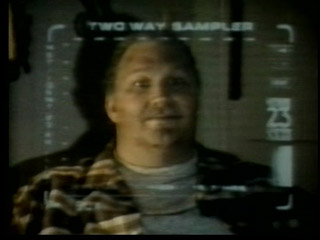 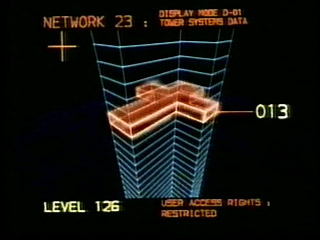 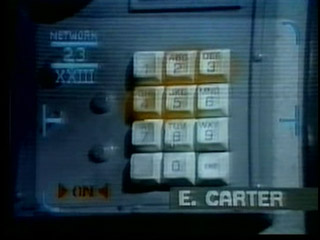 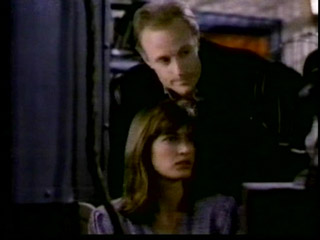