This show is far more "fully produced" than its predecessors, including a full opening title sequence and theme and multi-camera coverage of the large "talk show" set. There is a full audience in a standard talk-show stadium seating arrangement, configured to let the camera (and Max) visit them.

The added character "Ridley" (apparently a stage manager) is a rather labored attempt to add the sidekick Max has joked about on prior shows. The actor who plays the part, Paul Shearer, has a long career in British television and a few movies, and was a member of the Cambridge Footlights. He was also the winner of the first Perrier Comedy Award in 1981, along with fellow Footlighters Hugh Laurie, Stephen Fry and Emma Thompson.

The UK version contains the first of what will be unique-to-Channel 4 lead-ins to a commercial break, giving Max full reign to snark and dump on the show sponsors. The shows were shown with a short commercial break in the middle in the UK, which was removed on the "premium" no-commercials Cinemax. This first intro is one of Max's deadliest, calling the commercials entries in a contest to see who can waste the most money on pointless short TV segments. (A briefer version was used in an early ABC series episode and probably helped lead to ABC's dislike for its own show.)

There is no information to be found about the physical comedy trio "The Broomstick Men" that appears in this episode. They appear entirely in a video inset on the "Max TV" but on the main show set within it.

A list and discussion of the montage of caricatures in the title sequence TV/mirror can be found on the general show page. 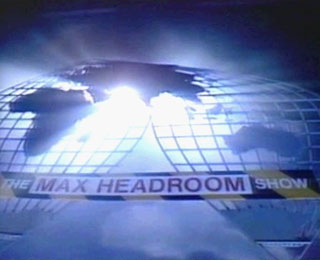 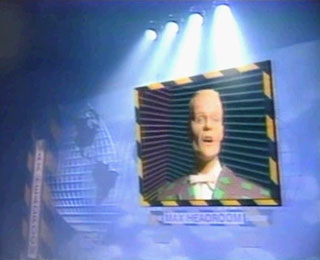 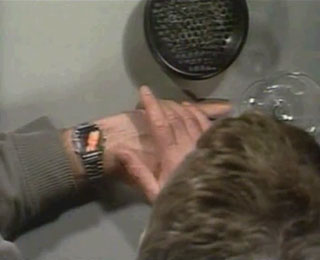 Max on a video watch! 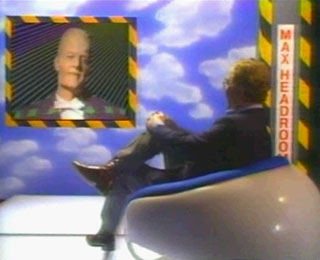 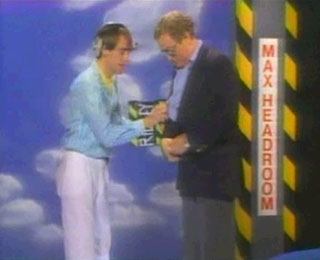 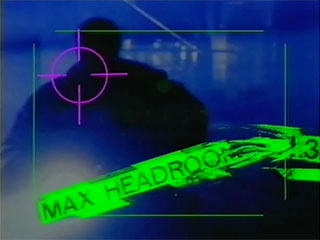 Commercial placeholder card used only for this episode.