The MaxRchives contain complete recordings of both the US and UK broadcasts of this episode. Charles McGrew's page contains a number of audio clips that precede the Lemmon interview.

The country theme for this episode might be "Greece," but the tween-the-lines theme is "censorship." From the opening rant about censorship to the faux reading of a complaint letter to comments here and there to the hilarious (UK only) segment with Max blocking the view of a very nice pair of hooters, the idea of censorship was in the air... whether as a comedy anchor or as a real backlash against censors on one side of the pond, it's hard to say.

The instrumental video from Art of Noise is very "in the family," given Max's connections to the group and their composing of the show's title theme. 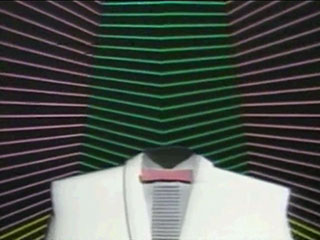 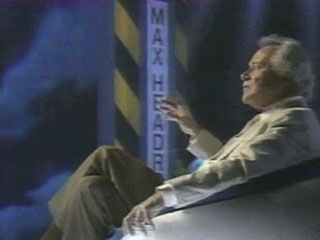 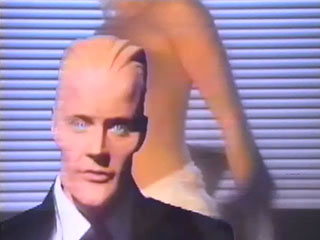 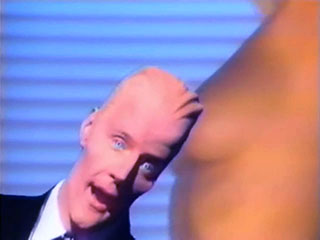 Jack Lemmon: "I don't think it's any of your business." [short break for video] "Yes, it did give me a problem, and I really didn't want to speak to my old man, my father, for about ten years. For some oddball reason, it's bad enough with 'Lemmon' as a last name - which actually was pronounced 'leh-mahn' because it's two M's in it..."
Max: "No artistic credibility, nyeh? Leh-MON! Ha!"
Jack Lemmon: "He said stick with 'lemon' because at least they'll remember it. But... the middle name that he stuck me with is what really teed me off: Uhler, U-H-L-E-R. So obviously the middle initial is U. For ten years, all I could remember was 'Jack You Lemon, Jack You Lemon' in school, and I never was willing to forgive my father, who was stuck with the same name."
Max: "Okay, well, thanks for helping me out on that one... a little Lemmon-aid. Ha."